Abbeyfeale RFC have started their first season as a club superbly well.
From the first 18 games of the season the record stands at 12 Wins 2 Draws 4 Losses.

Up next they have Round 1 of MJC v Killarney

A first game in the MJC and a first win.
Next up in Round 2 is Mallow … 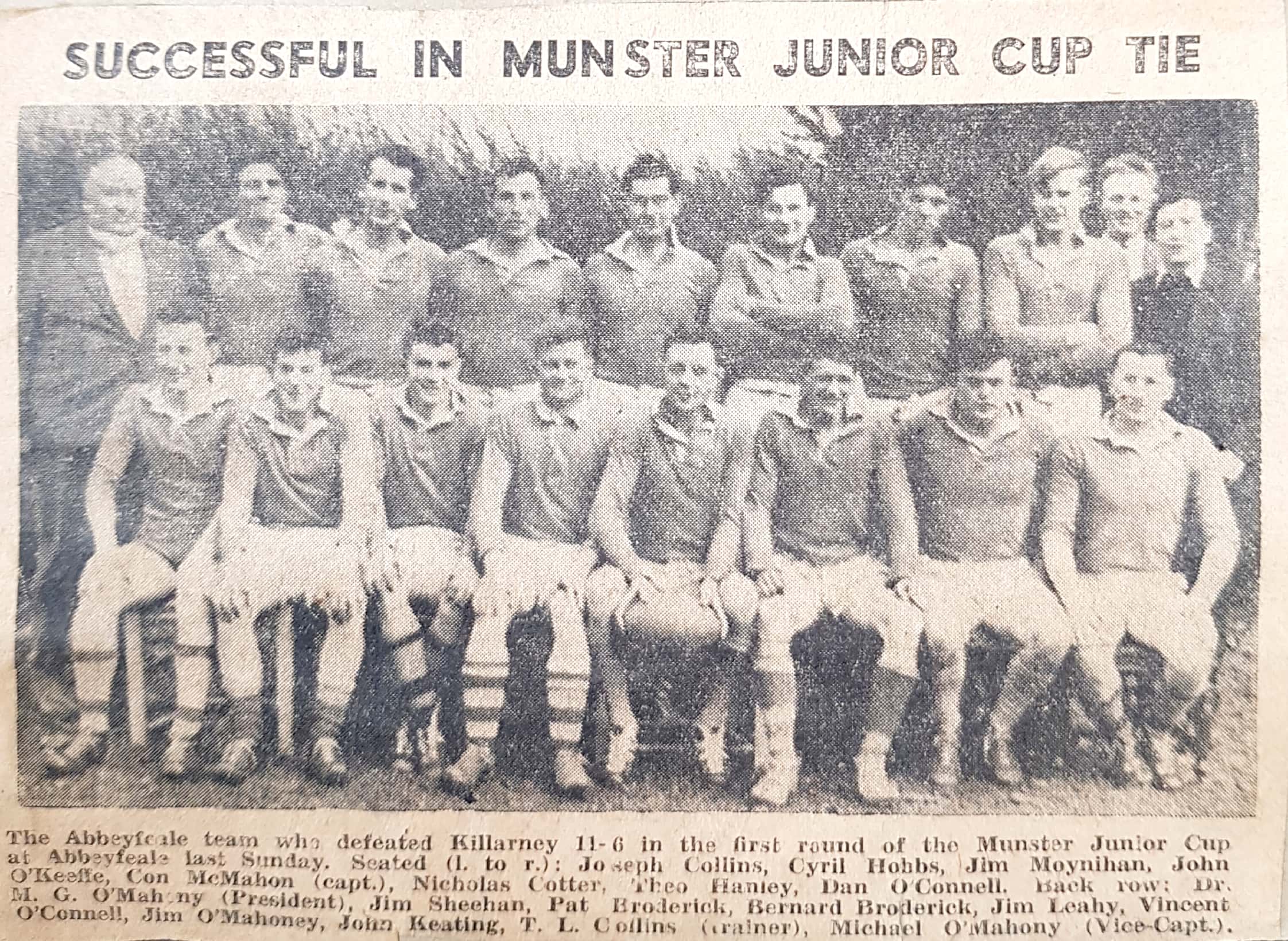 Round 2 and another win. Mallow comprehensibly beaten by an in form Abbeyfeale side.
Next up in the Area Final is Castleisland …

This amazing run in the MCJ to the semi-finals has captured the imagination of the press.
No first year club has ever won it, and with the way Abbeyfeale are playing history looks possible.

Abbeyfeale bow out to eventual winners Shannon.
On the day they had the chances to win but several missed kicks left a more experienced Shannon side off the hook. 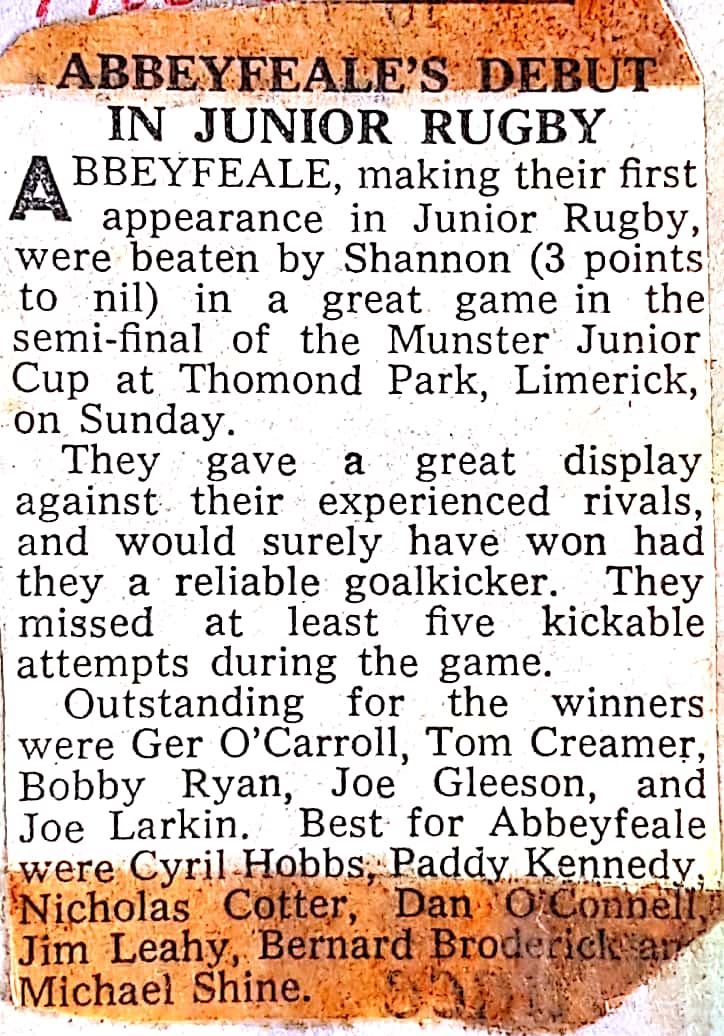 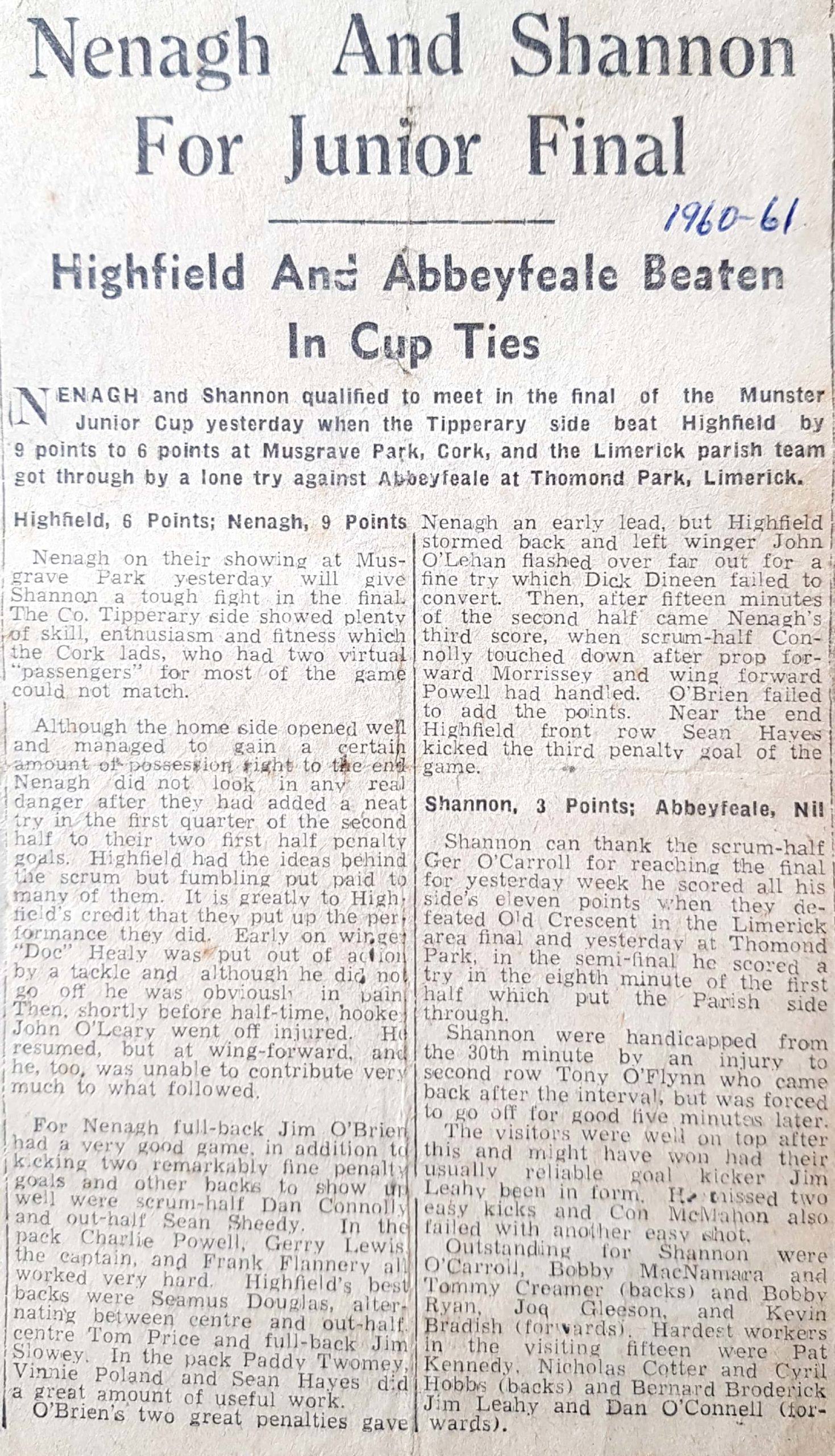 And so it was at the semi-final stage of the MCJ that the adventure ended in 1961 for this new club.
However this would be no one year wonder. The Abbeyfeale lads now believed they could win it as was noted at that years AGM.